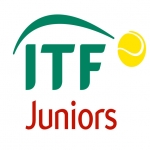 After exciting College MatchDays at the new USTA National Campus in Orlando, Florida and a lot of great events all over the globe, 2017 still has a lot to offer to all followers and fans of junior tennis! Here are some updates on the upcoming European ITF Junior events that will be supported by Tennis-Ticker.

April is firmly in French hands, as the ITF Junior Cap d’Ail and the Open ITF Junior d’Istres will be hosted from April 8-15 and from April 15-23. Both events are ITF Grade 2 tournaments and feature some of the best French and international talents, who will fight for important ITF Junior World Ranking Points. At the same time, the Fédération Française de Tennis hosts the TOP 10/12 tournament in Breissure, France. This is a Tennis Europe Juniors event for boys and girls under the age of 12 and 11 years.

In May, we will be in Austria, Italy and Belgium, where four important ITF Junior Circuit events will take place. From May 9 to 13, the Panaceo ITF Junior Cup 2017 (ITF Grade 2) will be played in Villach, Austria. Only two days later, play starts in Italy at the 39th Torneo „Città Di Santa Croce“ Mauro Sabatini (ITF Grade 1) in Santa Croce sull’Arno (Pisa). The tournament takes place from May 15 until May 20.
However, the highlight for the month of May will be hosted in Milan – the Italian Open 2017! From May 22-28, talented players from across the globe will compete for the Trofeo Bonfiglio. This event has long been a magnet for the best junior players, since tennis stars such as Ivan Lendl (1978) or Goran Ivanisevic (1988) are listed as former tournament champions. But also current Top 50 players, like Simona Halep (2008), Sloane Stephens (2009) or Alexander Zverev (2013), have already won the longest running Grade A tournament in ITF history! To round off the month of May, for the 53rd time the Astrid Bowl International Junior Championships (ITF Grade 1) in Charleroi, Belgium will be held. Play will start May 29 and will end June 3.

Despite some eventful weeks in April and May, the major highlight of spring is yet to come… Because from June 1 until June 10, the Roland Garros Junior French Championships 2017 will be held in Paris! Many, who triumphed on the red clay at a young age, became professionals and even tennis legends afterwards. John McEnroe, Justie Henin, Ivan Lendl, Amelie Mauresmo, Henri Leconte, Martina Hingis or Mats Wilander – all once won the junior draws at Roland Garros. Tennis-Ticker proudly provides the qualification play of this prestigious junior event with our point-by-point live scoring system!

All live scores for the respective events can be followed via our App for Apple and Android!