From the 10th to 19th of February, over 600 senior athletes between the age of 40 and 87, gathered in the city of Essen to compete for the national title in their respective age groups. As an ITF grade 2 tournament and one of the biggest tournaments for seniors in Europe, Tennis-Ticker provided a game-by- game live scoring system, so that relatives and fans alike could spectate the live results and be engrossed in the matches from their homes. 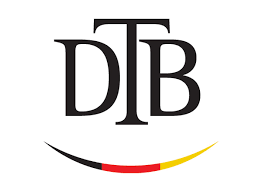 The championship was held in the TVN Tennis Center of Essen with its 14 courts (four hard courts, ten carpet courts). Nevertheless, as one might expect, in a tournament with over 600 athletes the courts were constantly occupied – on Wednesday alone, 105 matches had to be played and scored.

All in all, a highly enjoyable and trouble-free tournament was hosted. Special thanks go to the organisational staff with over 30 helpers and volunteers, supporting tournament director Uli Nacken, who summarized the event: ”I am very pleased with the organisation and the course of the tournament. The quality in all 40 competitions was very high, so that we had a lot of close and exciting matches.”

The team of Tennis-Ticker congratulates all the winners and participants on their commitment and dedication! And we hope to see you again in 2018 for the 50th anniversary of the German Seniors Indoor Championships in the city of Essen!

For the complete list of winners visit the official ITF page:
http://www.itftennis.com/seniors/tournaments/tournament/info.aspx?tournamentid=1100038312

For a visual recap the team of the Tennis Verband Niederrhein produced a short video:
https://www.youtube.com/watch?v=IScMS510uL0