Previous Next
The Oracle ITA Masters 2017 is underway! 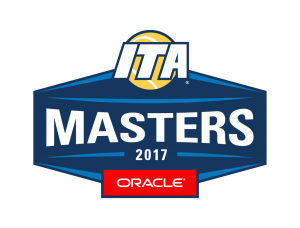 The Oracle ITA Masters 2017 at Pepperdine University and Malibu Racquet Club is currently underway! As an invitational event for a few chosen male and female players from the US College Division I, the Oracle ITA Masters were hosted in 2015 for the very first time. Due to its huge success, the event expanded in 2016, allowing one man and one woman from each conference in Division I to participate.

A lot of high quality play is guaranteed, as these rules also apply for this year’s event. A female singles and a male singles event, with 32 participants each, take place. Furthermore, a doubles mixed event with 32 teams, consisting of the male and female player of each conference, is hosted. First round play of all three categories started Thursday, September 21. While the mixed doubles final will already be on Saturday, September 23, both singles finals will take place on Sunday, September 24.

For the second time in a row, Tennis Ticker proudly provides the ITA Oracle Masters with our point-by-point live score system and real time match statistics for every match and player!

Watch out for the US tennis stars of the future and follow all the results and stats via the button below or with our App for Apple and Android!