Previous Next
Follow the French and Swedish Team League Finals!

On the 2nd and 3rd of December, the National Team Championships for the French 1st Division will be held in Lannion.  The men’s final will take place on Saturday, starting 11 AM, as Blanc-Mesnil ST and Villa Primrose will have to face each other for the national title. For Villa Primrose it is the fifth appearance in the French Team Championship Final since 2009, as they already won the title in 2012 and 2016. For Blanc-Mesnil ST it is the very first time that they play for the national team title. However, they are not necessarily the underdog in this match-up, since they won all their five previous matches to qualify for this final.

The women’s final will start on Sunday, December 3 at 11 AM. In this match-up, both teams will make their first appearance in the French Team Championship Finals. All players from both teams, ASPTT Metz and US Colomiers, will give everything to make history by winning the national team trophy for their club for the very first time. 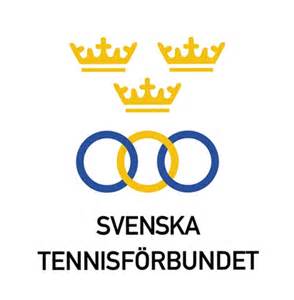 The women’s league final 2017 for the Swedish 1st division in tennis, the Elitserien, will be held on December 3 in Malmö, as the local Fair Play Tennisklubb from Malmö will face the Upsala Tennisklubb. Both teams qualified for the final quite dominantly, as Fair Play TK won all their six matches. Upsala TK lost only one game against Fair Play TK. Therefore, Upsala TK can have their sweet revenge for the only loss during the season by snatching the team league title from Fair Play TK in the deciding match of the year!

The men’s team league final will be held on December 10. By only one match to play, four teams are still in the race to qualify for the final match and the national title. Fair Play TK (Malmö), Solna TK, GLTK (Gothenburg) and Upsala TK will all have to win their last match to definitely qualify for the final. Moreover, first place earns the right to play at home, which might be a deciding factor in winning the national team title. In any case, tension and high quality play is garantueed in Swedish men’s team league final 2017!

Tennis-Ticker proudly supports the Fédération Française de Tennis and the Svenska Tennisförbundet with our point-by-point live scoring systems for every court and match in the mentioned events. All matches and live scores can be followed via the buttons below or via our App for Apple and Android!